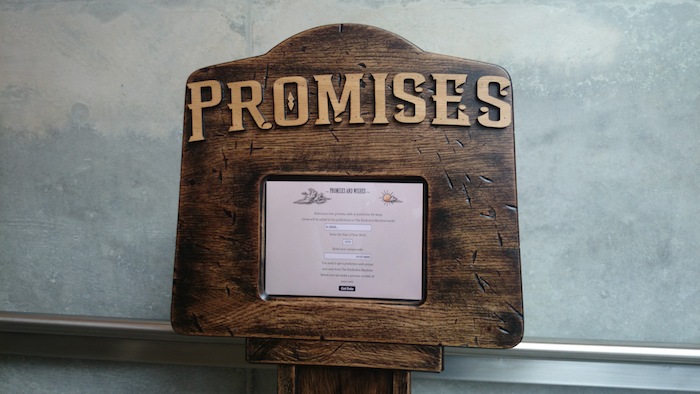 The next phase of this research focuses on ‘Performing the Future’, how we might envision positive futures in the face of expected climate and environmental change, how we can future-proof scientific data and narratives from the past and present relating to these changes and reflect on whether this data can help us as the future unfolds. To find out more about the Performing the Future project and the artistic experiments, public, scientists and academic workshops that are taking place visit: www.performingthefuture.net

The Prediction Machine artwork was originally developed in parallel to an Impact Research Fellowship at the Mixed Reality Lab/Horizon, University of Nottingham, as part of a wider research project that explored the concept of ‘Performing Data’ which arose from my PhD studies into the contributions of artists who are engaging the public with climate data.

It is notoriously difficult but also increasingly vital to engage the public with complex scientific issues, and especially scientific data. My PhD research has established the interdisciplinary foundations for understanding how artists can create a deep emotional engagement with data, walking the line between meaningful and authentic scientific engagement, to foster dialogue across scientists, artists, technologists and the public. This has the potential to increase impact on the science community and provide a new way to stimulate and shape debate around the major science issues of our times. As such it can have a major impact on scientists, science communicators (including festivals and venues), policy makers, technologists designing tools for artists and scientists, the public through targeted community groups and participation in exhibitions and demonstrations, policy makers and of course, the artists themselves. 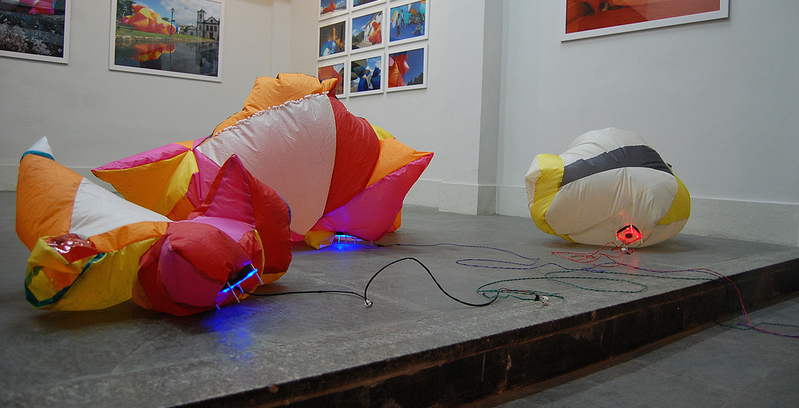 ‘Performing data’ is a concept that has arisen as a response to the ways that the artists bring data ‘centre stage’ within their artworks – employing performative and temporal strategies to provoke emotional responses to the data. Defined as:

‘The Prediction Machine’ explores how ‘performances of data’ can occur both through the interaction with a machine that tracks climate data and marks moments of climate change, through printing out a narrative devised in collaboration with artists, scientists and the public. This will then directly inform an ‘action’ to mark these climate change moments. This will be a public performative event that will be informed by and in response to the data.

This research was funded by the University of Nottingham EPSRC Doctoral Prize for Impact (pilot). 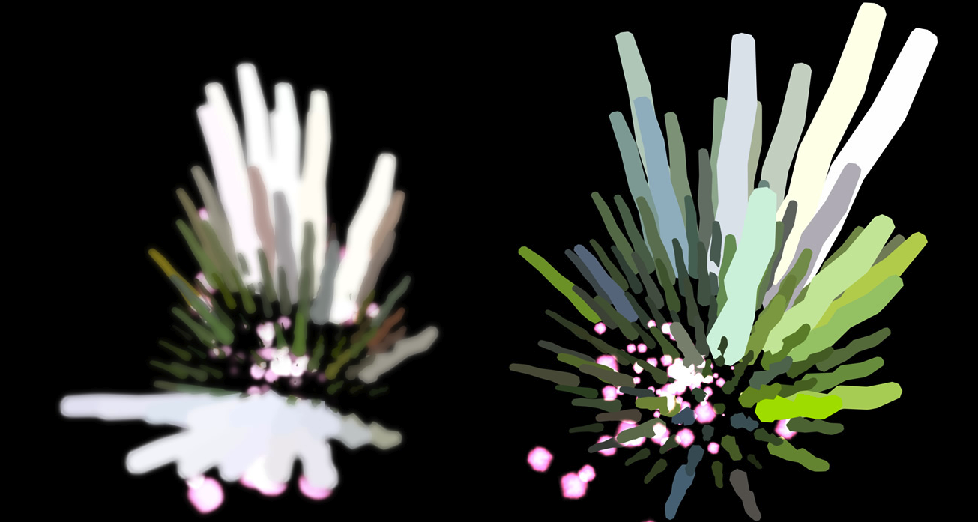